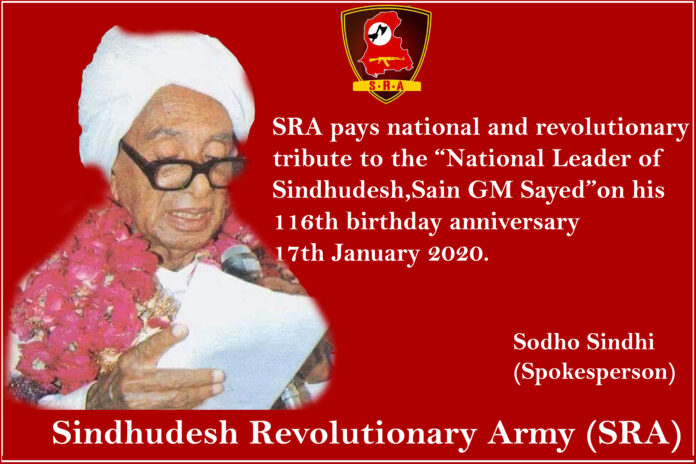 Sodho Sindhi Says “Sain GM Sayed was a unique national leader and  Philosopher of Sindh who gave the ‘Theory of Modern Sindhi Nationalism’ on modern progressive, liberal, secular and democratic measures; which shaped and enabled the vibrant ‘National Movement of Sindh’ to struggle for the awaking of ‘Sindhi Nation’ for their basic national rights and national freedom of ‘Sindhudesh’.

Sain GM Sayed’s National thought guide us for the ‘National Resistance’ against the Punjabi occupiers and ‘National Defense of Sindh and its National Interests’.

In 1947,After Come in to being a fake , artificial and theocratic state in the name of ‘Pakistan’, ‘Punjabi Occupier Forces ‘ are exploiting and looting the Sindh’s national assets and resources like Agricultural lands, Coastal Belt, Sea Ports and Shipping economy, Islands, Trade routes, Indus River, Minerals , Gas, Oil, Coal ,Services, Taxes and all economic sources.

Today Sindh is facing with Pakistani state’s sponsored religious extremist groups like Jamaat–ud–Dawa etc,Outsider’s settlement in the shape of mega projects like Bahria Town,DHA,Zulfaqarbad etc; By these Projects Sindhi people will be converted in to the minority and will lose the right of ownership on their own land.

Now after the China –Pakistan Economic Corridor (CPEC) Project ‘China and Punjabi occupiers both are occupying all strategic points of Sindh. We consider it as the ‘Combine attack of China and Pakistan’ on our motherland.

Sindhi Nation can face with these all hazards and threats only with the national thought of Sain GM Sayed and also get the liberation of Sindh.

On this occasion ; Sindhudesh Revolutionary Army vows to continue its ‘National Resistant Struggle’ until and unless the complete freedom of Sindhudesh. 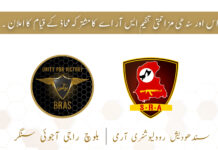 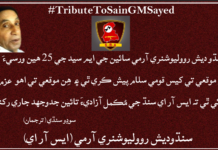 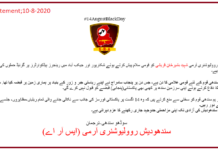 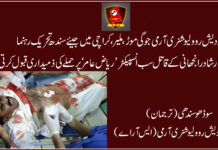