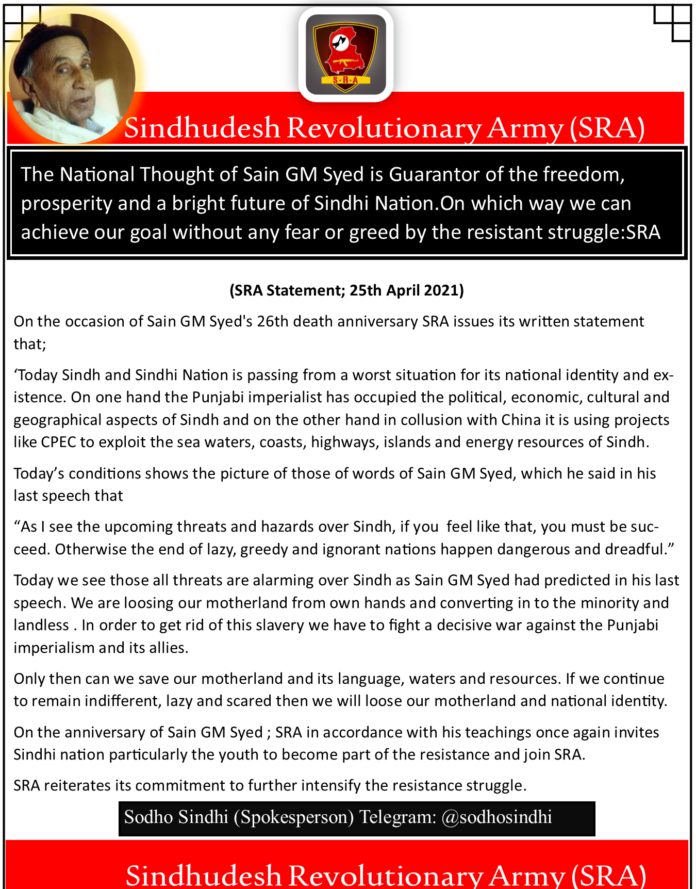 The National Thought of Sain GM Syed is Guarantor of the freedom, prosperity and a bright future of Sindhi Nation.On which way we can achieve our goal without any fear or greed by the resistant struggle:SRA
(SRA Statement; 25th April 2021)
On the occasion of Sain GM Syed’s 26th death anniversary SRA issues its written statement that;
‘Today Sindh and Sindhi Nation is passing from a worst situation for its national identity and existence. On one hand the Punjabi imperialist has occupied the political, economic, cultural and geographical aspects of Sindh and on the other hand in collusion with China it is using projects like CPEC to exploit the sea waters, coasts, highways, islands and energy resources of Sindh.
Today’s conditions shows the picture of those of words of Sain GM Syed, which he said in his last speech that
“As I see the upcoming threats and hazards over Sindh, if you feel like that, you must be succeed. Otherwise the end of lazy, greedy and ignorant nations happen dangerous and dreadful.”
Today we see those all threats are alarming over Sindh as Sain GM Syed had predicted in his last speech. We are loosing our motherland from own hands and converting in to the minority and landless . In order to get rid of this slavery we have to fight a decisive war against the Punjabi imperialism and its allies.
Only then can we save our motherland and its language, waters and resources. If we continue to remain indifferent, lazy and scared then we will loose our motherland
and national identity.
On the anniversary of Sain GM Syed ; SRA in accordance with his teachings once again invites Sindhi nation particularly the youth to become part of the resistance and join SRA.
SRA reiterates its commitment to further intensify the resistance struggle.
Sodho Sindhi (Spokesperson)
Sindhudesh Revolutionary Army (SRA) 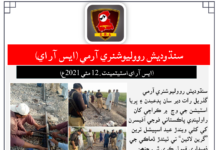 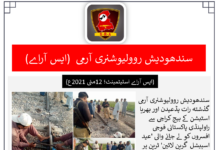 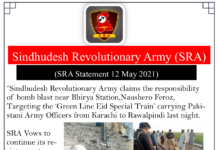 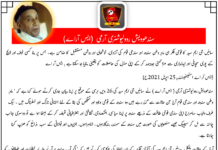 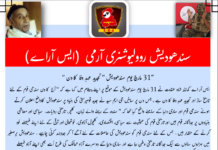 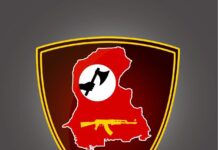 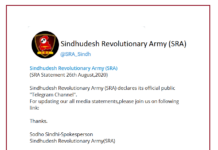 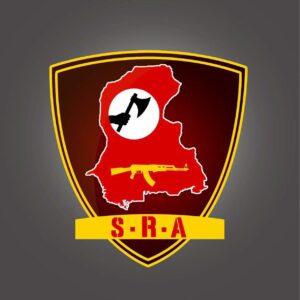